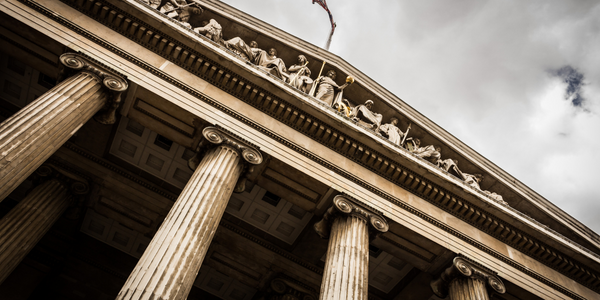 On Friday, we filed a major amicus curiae (Latin for “friend of the court”) brief with the Texas Supreme Court in a grandparent visitation case. Our brief argued that courts should not overrule parents’ wishes unless the parents are proven to be unfit by “clear and convincing” evidence.

You can read the brief here. We were grateful to have the assistance of two attorneys, Thomas C. Sanders and Ryan J. Zimmerman, who serve as our local attorneys. And we are grateful for the help of our chairman of the board, Jim Mason, as well as two other lawyers, Darren Jones and Peter Kamakawiwoole, who provided invaluable input and advice.

Our brief was filed in a case that is pending before the Texas Supreme Court, In The Interest Of S.K. and L.K., Children, case number 20-0676. S.K. and L.K. are young children born to their mother, Chrysta Campbell, and their father, Treigh Kalinec (Respondent). The Petitioner who filed the lawsuit is the children’s maternal grandmother, Lorraine Rangel. The children were removed from their parents’ custody several years ago due to allegations that the mother was addicted to drugs, and the father had been emotionally abusive to the mother. The maternal grandmother, Lorraine Rangel, was given primary care of the children.

Over the course of the next few years, the mother sadly failed to clean up her life. The father, however, Treigh Kalinec, met all court-ordered steps to regain a life with his children. The case has worked its way up to the Texas Supreme Court and, we believe, provides a powerful opportunity for the Texas Supreme Court to establish that courts should only overrule parental decisions if there is “clear and convincing evidence” that the parents are unfit, or that the children will be harmed if they do not have visitation with their grandparents.

The Parental Rights Foundation isn’t taking a position on who should win in this particular case. The facts of the case show that the grandmother has been heavily involved in her grandchildren’s lives, while the father loves his children deeply. But we know that across the nation, many courts have unfortunately become referees over who should have contact with children without requiring a very high standard for governmental involvement. That is why our brief focuses on one issue only: asking the Texas Supreme Court to require that a non-parent (whether a grandparent or someone else) meet a high evidentiary burden before a court overrules a fit and loving parent’s decision. We believe this will not only protect parental rights in Texas, but will also provide a strong precedent that we and other advocates can rely upon in courts across the nation.

We were grateful to be able to file this amicus brief to protect parental rights, and to assist our friends at the Family Freedom Project, who are representing Treigh Kalinec in this lawsuit. You can read more about this case on their website here: https://familyfreedomproject.org/our-campaigns/

I personally know the incredible blessing that grandparents (and great grandparents!) can have on a child’s life. Just this past weekend, my family attended the funeral of John Rhee, my wife’s grandpa, and our children’s great grandfather. John Rhee grew up in occupied Korea during World War II, then fought alongside the US GIs as their translator during the Korean War, and then moved his family to the US, eventually becoming a high-level federal government employee. Our two sons have been incredibly blessed to have had great grandparents and grandparents involved in their lives.

But when courts overrule the decisions of fit and loving parents – even to require grandparent visitation – it establishes a dangerous trend of governmental action weakening the sacred bond between parents and children. That is why we are urging the Texas Supreme Court to accept this case for review and to establish – regardless of who wins in this particular case – that “clear and convincing” evidence of parental unfitness or harm to the children must be proved before courts intervene.

Thank you for your support, enabling us to fight to protect children by empowering parents, in courts, in legislatures, on Capitol Hill in DC, in the media, and in the public square. It is an honor to labor alongside of you.