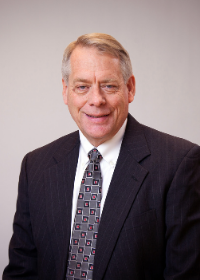 Please, for goodness’ sake, DO NOT CALL CPS if you see a kid wearing a mask outdoors.

Fox News host Tucker Carlson urged his viewers on Monday to call the police and child protective services (CPS) when they see a child wearing a mask outdoors.

He said, “Your response when you see children wearing masks as they play should be no different from your response to seeing someone beat a kid at a Wal-Mart. Call the police immediately. Contact child protective services. Keep calling till someone arrives.”

I do not usually write to disagree with things TV celebrity-hosts say in their monologues. But my heartfelt concern is that this  statement will potentially cause great harm to many children, especially if people take it seriously.

Even if I agree with Mr. Carlson that making children wear masks outdoors is ill-advised, he’s wrong to involve CPS. To be crystal clear, this is not intended to take a position on whether masks are a good idea or a bad idea. It is intended to refute the idea that involving CPS is a good idea. If he or anyone else had urged people to call CPS when they see a child without a mask, I would have the same concern.

Let me begin with some general observations and follow with concrete examples.

CPS investigations are not benign events in the life of a child. The visit can be very scary and the negative effects can last for a long time. They should never be initiated unless there is a proper basis to believe that a child is really being abused.

Once an investigation is opened, a CPS investigator is assigned. They typically want to “visit” the family, which means entering their home, looking at where the children sleep, checking the fridge for food, and evaluating the cleanliness of the house.

They also typically want to speak to all the children, usually apart from their parents. During these interviews, they may ask children about parental discipline, whether there are guns in the home, whether the children feel safe, or whether anyone touches them in a way that makes them feel uncomfortable. They will also often inquire into medical care and ask about childhood vaccines. Back in the day, CPS investigators routinely disapproved of homeschooling. Sometimes, even now, one will ask a frightened child to do a math problem or read from a book on the spot.

If parents decline to cooperate, it can lead to threats of “emergency” removal. Too often, armed law enforcement officers are called to “assist” in gaining entry into a home. Sometimes, when a parent asserts her rights, this leads to juvenile court actions alleging that the inability to properly investigate is a “red flag”[i]

And all too often, these investigations are not based on credible concerns but on vague, anonymous allegations.

For the last  20 years, my job has involved helping families who have been improperly swept into just such overreaching investigations.

Let me stipulate that there are appropriate times to involve the authorities based on the bad acts of parents, and CPS investigatorshave a difficult and often thankless job.

But differences of opinion exist about a wide range of parenting decisions and that alone should never be used to commence an investigation.

Case Study: Getting a Muffin

Two cases I worked on in the last year illustrate my point.

In the first one, Holly Curry stopped for muffins on the way to karate practice. She safely—and legally—left her children in her SUV for a few minutes while she bought the muffins. (Even though it was safe and legal, I recommend against leaving children unattended in a car, because, in part, it often leads to the kind of thing that happened to Holly).

The next day, a CPS investigator showed up at her house unannounced, demanded entry, and threatened to call law enforcement if not allowed to complete her investigation. When Holly demurred, the investigator left and returned with a sheriff’s deputy.

The investigator and the deputy told Holly that if she did not immediately allow them inside, they would obtain an emergency custody order and take her children into foster care.

Fearing they would do just that, she stood aside and allowed them into her home, where the investigator strip-searched all her children—which the investigator euphemistically called a “body check” and asserted she does “all the time.”

After the investigator determined that no abuse had occurred, we sued her on Holly’s behalf.

Here is what the federal judge had to say last August:

America's founding generation may never have imagined a Cabinet for Health and Family Services. But they knew their fair share of unwelcome constables. And they added a Fourth Amendment to our Constitution to protect against this three-act tragedy.

Case Study: A Closet or a Nursery?

In another case I helped with last year in Texas, a report was made to CPS that a mom put her infant down for a nap on the floor in a closet, where the baby cried excessively. The CPS investigator visited the house and saw the baby but was not allowed to come inside or interview the other children. The mother explained that they had converted a walk-in closet to be the baby’s nursery.

The CPS investigator reported that the baby looked healthy and well cared for. But then she told a judge that the report was classified as “Priority One,” which means that the child faced “immediate risk of abuse or neglect that could result in death or serious harm.” Without notifying the family first, the judge ordered themto allow the investigator to search the home and to transport all the children to her office for interviews.

Before this order could be executed, we sought emergency review in the Texas Court of Appeals, which put the order on hold while the court considered the case.

A few weeks later, the appellate court overturned the order and had this to say:

It is not uncommon for a parent to place a baby on the floor to play or nap. Nor is it uncommon for a parent to allow an infant to cry herself to sleep, which is a known method of sleep training. And it is certainly not beyond the realm of reasonableness that a parent might convert a closet into a nursery, albeit a small one. That the Department, or the trial court, may disapprove is insufficient to overcome a parent’s fundamental right to make decisions regarding her children’s care, custody, and control.

We appear to have come full circle.

Last April, early in the COVID-19 saga, I reported about a Kentucky family who were reported to CPS by a bank teller for bringing their five children into the bank with them, which the teller thought violated COVID-19 social-distancing guidelines. The responding police officer and CPS investigator behaved similarly to those in the Holly Curry case.

Differences of opinion about child rearing—even about whether children should wear masks while at play—should not be used to weaponize CPS investigations!

If Mr. Carlson had urged his viewers to challenge unreasonable state requirements in court, I would not be writing. I have worked on cases that successfully challenged several state laws on behalf of ordinary citizens during my career.

But he did none of those things. Instead, he urged his viewers to call on a powerful, intrusive, quasi law-enforcement agency of the state to exert state-sanctioned coercion into the private lives of innocent families.

Little good can come from that, but much harm can be done to many children—and their parents.

[i] For a scholarly review of how CPS investigations are typically conducted, see Doriane Lambelet Coleman, “Storming the Castle to Save the Children: The Ironic Costs of a Child Welfare Exception to the Fourth Amendment,” William and Mary Law Review 47 (2006): 413–540.