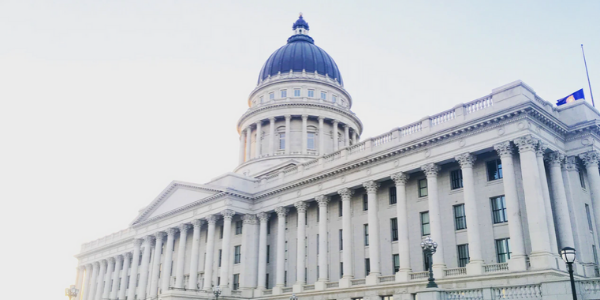 The model, drafted by the Parental Rights Foundation and our allies, would put an end to anonymous hotline reports, which too often are used to “weaponize” the system.

Parental Rights Foundation president Jim Mason was on hand to present the model to the task force at ALEC’s annual meeting in Utah.

(ALEC is the largest gathering of conservative public sector agencies, private sector organizations, and elected state lawmakers in the country, and it works to encourage the spread of good ideas across the various states. This year, over 500 state lawmakers attended. The Parental Rights Foundation works with people and groups from all across the political spectrum to protect children by promoting parental rights.)

According to federal statistics, roughly 83% of child abuse or neglect reports that are investigated ultimately prove to be unfounded or unsubstantiated. Among only those reports that are made anonymously, the number rises to a whopping 96%.

This means only 1 out of every 25 anonymous calls leads to credible evidence of abuse or neglect. And many of the other 24 are knowingly false reports, used to “weaponize” the system.

Yet, every one of those reports must be investigated, bleeding away an investigator’s time and attention, as well as other valuable resources of the child welfare system—resources that could be spent in finding and providing relief for those children who are actually being abused.

“Weaponizing” refers to the not-uncommon practice of calling in an anonymous tip to the child abuse hotline to gain some advantage or seek retaliation for some slight unrelated to good parenting. Weaponizing often happens in divorce-related custody disputes or in other family squabbles.

For instance, one parent in a divorce may call in an anonymous report of abuse against their ex-partner, knowing the court will hear of the investigation and look on the other parent with caution and suspicion when deciding parenting time or who will have custody of the children.

One lawmaker at ALEC shared his own account of having been the subject of an anonymous investigation started by an employee whose termination he had recently recommended to his office leadership. There was absolutely no truth to the accusation that he was abusing his child, but the child welfare department was forced to open an investigation, and his family suffered the intrusion for weeks while that played out.

Under the model offered at ALEC, a caller to the child abuse hotline will have to give their name and contact information, including an address and phone number, before their call can be processed.

Nevertheless, the caller’s information will still be kept confidential, to protect the innocent from reprisal by actual abusers.

Anyone with emergency information who refuses to identify themselves will be directed to call 9-1-1 instead.

“This reform just makes sense,” Mason explained. “It frees up child welfare investigators to find and help children who are actually in need, and it protects innocent families from unwarranted intrusion by ‘the System.’ It’s a win for everyone legitimately involved.”

Rep. Beryl Amedee of Louisiana was the legislative sponsor for the model, which Mason presented for a vote on Wednesday. The task force voted unanimously to endorse the measure. But Mason wasn’t finished presenting.

Rep. Kim Moser of Kentucky (who championed a bill based on our draft model last year) also wanted the model to be heard in the Task Force on Criminal Justice that she chaired on Thursday, and Mason was happy to oblige her. While no vote was taken from that informal discussion, the model was again well received, and a positive discussion followed.

During the week, Mason also made connections with various lawmakers, reporters, and other interested parties, some of whom will be featured in upcoming episodes of the Parental Rights Foundation’s EPPiC Broadcast podcast.

“It was a good week for parental rights,” Mason concluded. “Hopefully it will bear fruit this coming year as state legislatures take up this and other reform measures to protect innocent families from unneeded government intrusion.”

Please take a moment today to support the ongoing work of your Parental Rights Foundation with your most generous gift here.

And thank you, as always, for standing with us to bring real and lasting change to the legal landscape for America’s innocent families.