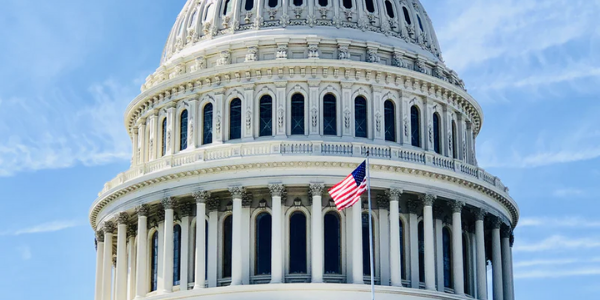 There was no fanfare, nor was there a “giant, earth-shattering ‘kaboom.’” Yet, when Congress closed for the day last Thursday, March 18, the Minor Consent for Vaccinations Amendment officially became law in the District of Columbia.

On that date, our push for Congress to pass a veto resolution, which was always a long shot, officially ran out of time.

This means that in the District of Columbia, an elementary school student can grant legally binding consent for a vaccine without his parent’s consent or even knowledge—before or after the shot takes place.

The Danger of Secrecy

It even prohibits insurance companies from issuing an Explanation of Benefits telling the parent that the shot was paid for.

Starting last week, it is now conceivable for any children 11 years or older in the district to have vaccinations neither their parents nor their doctor knows anything about.

And if any of the warnings on the vaccine insert should happen to come true for that child, it will be their—and their parents’—worst nightmare. It’s not just the adverse reaction, but the fact that no one will have any idea that’s what’s going on!

The veto resolution, which was championed by Rep. Mike Cloud in the US House of Representatives and by Sen. Mike Lee in the Senate, was our last chance to halt the measure through legislative means.

But we have not finished fighting yet.

We are already deep into exploring litigation against the measure. That is, we are investigating our options for filing suit against the district to halt this dangerous law.

We have been warning all along that this law infringes the constitutional and natural right of parents to raise, nurture, and care for their own children. Now we are preparing to make our case in court.

Listen. This law puts children at risk of serious physical harm. Elementary school students, many of whom are still fighting over having to eat their broccoli at dinner, are just not ready to make the kind of long-term medical decisions a vaccine can be. They do not know their own medical history, let alone their family medical history.

But now the DC government says that these children can sign for consent and that the medical service provider never needs to involve a parent at all. That child has now lost the guidance and protection of the one adult who knows and loves them best.

And that’s why we have to fight. That’s why, when legislative measures fail, we have to take it to the courts.

Because as bad as this is for the children in DC, it will be many times worse when other states, emboldened by DC’s success in passing this bill, take up similar measures of their own.

How young is too young to make a vaccine decision without a parent’s help? DC has now set that bar at an all-time low. We can’t afford to let other states follow suit.

So please stay tuned as we work through the research and preparation necessary to bring our objections to court. And please donate to the Parental Rights Foundation to fuel this vital but expensive effort.

Thank you, as always, for standing with us to defend children by protecting parental rights.