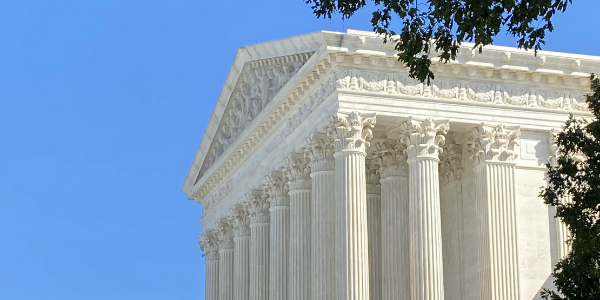 Dubbed “the vulgar cheerleader case,” Mahanoy is primarily a First Amendment free speech case exploring whether a public school can discipline a student for vulgar speech made outside the school grounds on a private social media account on the student’s own time.

As such, it has gotten a lot of ink in education journals and editorials this week as experts and pundits try to sort out what it means for the schools and for students’ freedom to express their thoughts and even their disfavor.

Its potential impact as a parental rights case, however, has gotten much less attention.

Yet, underlying the free speech inquiry is the question of whether or not the school had any authority to oversee B. L.’s language or actions at the time of her rant, and therefore any authority to discipline her for it.

Should it not be her parents, rather than her school, who decide how she is to be disciplined for inappropriate speech on private time? For that matter, shouldn’t it be the parents and not the school who decide what speech is or is not appropriate?

Four or five years ago, B. L. was a freshman at Mahanoy Area High School in Pennsylvania. When she learned she had failed to make the varsity cheerleading team, well, let’s just say she wasn’t pleased. While at the local Cocoa Hut, she took a couple of pictures with a friend, including a photo with their middle fingers raised, and posted them to her Snapchat account with vulgar captions: “F— school… softball… cheer… everything.”

The “snap” went out to her friends list of about 250 and was visible for 24 hours before disappearing from the site. But another student took a screen shot of the offending posts and brought it to the attention of school personnel, who suspended B. L. from cheer for the year.

Now, it may be that the discipline meted out was perfectly reasonable. As a parent, I could see myself taking that privilege from my own daughter to teach her that such outbursts, especially in a public forum, have consequences.

But the issue was not whether the punishment fit, but rather who was responsible to decide what the punishment should be: the school, or the parents.

In writing the opinion of the Court, Justice Breyer wrote the following:

First, we consider the school’s interest in teaching good manners and consequently punishing the use of vulgar language aimed at part of the school community. The strength of this anti-vulgarity interest is weakened considerably by the fact that B. L. spoke outside the school on her own time.

B. L. spoke under circumstances where the school did not stand in loco parentis1. And there is no reason to believe B. L.’s parents had delegated to school officials their own control of B. L.’s behavior at the Cocoa Hut. (Citations omitted, emphasis added.)

Justice Alito, in a concurring opinion shared with Justice Gorsuch, also discussed the extent of the in loco parentis doctrine and sought to unpack how much authority parents intend to delegate to the schools when they enroll their children there. They concluded,

While the decision to enroll a student in a public school may be regarded as conferring the authority to regulate some off-premises speech, enrollment cannot be treated as a complete transfer of parental authority over a student’s speech. In our society, parents, not the State, have the primary authority and duty to raise, educate, and form the character of their children. Parents do not implicitly relinquish all that authority when they send their children to a public school. (Citations omitted, emphasis added.)

Only Justice Thomas, in the lone dissent, held that the in loco parentis doctrine would grant the school authority to discipline B. L. for her speech, and he did so specifically because “the majority and the parties fail to identify” whether “there is good constitutional reason to depart from this historical rule.”

He even suggested there may be such cause. “Plausible arguments can be raised in favor of departing from that historical doctrine,” he wrote. But because no one presented that argument, he was bound by the principle and compelled to dissent accordingly.

This is by no means an earth-shattering parental rights case—but only because of the way it was decided. It will not bring radical change to the level of respect parents receive from schools, child welfare investigators, judges, or other state actors.

But had it gone the other way, the results would have been disastrous. Public schools would have had the power to police what children say or do, on school grounds or off, during school time or free time, every hour of every day. The role of the parent would have been reduced to that of a caretaker, with no authority in how their own children are raised.

Sometimes the biggest advances are not in the steps forward that we take, but in the giant steps backward that we manage to avoid. Mahanoy v. B. L. is just such a victory, and we celebrate it accordingly.

Thank you for standing with us as we protect children by empowering parents!

1In loco parentis means “in the place of the parent,” and refers to the legal theory that a state actor, such as a school, or a contracted individual (such as a tutor) has certain “parental” authority over a child when they are performing the duties for which the parent contracted with them.