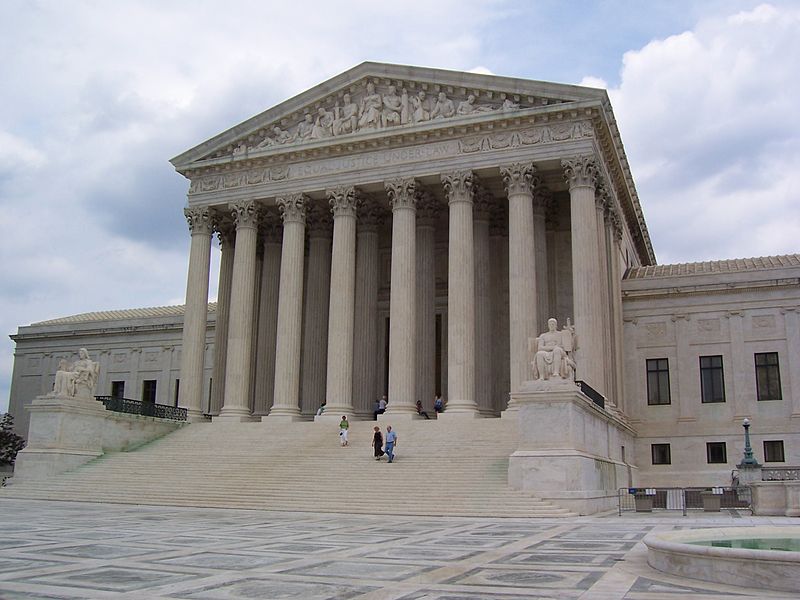 WASHINGTON — The Parental Rights Foundation today filed a brief with the United States Supreme Court in the case of I.B. and Jane Doe v. April Woodard. The aim of the brief is to urge the Supreme Court to halt unnecessary, traumatic strip-searches in child-welfare investigations.

“It’s a tragedy,” said Parental Rights Foundation President Jim Mason. “The system we’ve set up to protect children instead routinely traumatizes children without cause, and innocent families are having to deal with the consequences. These children must be protected.”

The Parental Rights Foundation, which is entirely funded by private donors, is proud to be a part of this effort to protect the rights of children and parents by bringing positive change to this broken, child-damaging system.

At issue is the disturbing practice of child welfare investigators to strip-search children alleged to be victims of abuse, without a warrant and without parental consent. The Foundation urges the High Court to take the case and to rule in favor of a child’s privacy, according to the brief.

In the current case, I.B., a 4-year-old-child, was subjected to such a search, euphemistically called a “body check,” while attending preschool in 2014. The mother (“Jane Doe”) learned of the invasion only weeks later when her daughter asked, “Mommy, do you remember when the woman with white hair came to my school? I hope she doesn’t come again, because I don’t like it when she takes all my clothes off.”

The little girl’s horrified mother immediately contacted the preschool, but the teachers assured her that nothing had happened. Unsatisfied, Jane continued to press the school on the issue. Weeks later, the school finally revealed that, during a child abuse investigation, a caseworker, Ms. Woodard, had strip-searched I.B.

Eventually, the investigator admitted that she had not only taken I.B’s clothes off against her will; she had also taken color photographs of the child’s naked body. After finding that no abuse had occurred, Woodard had simply closed the investigation.

But for I.B. its consequences persist. Far from safeguarding her welfare, this search left the 4-year-old with “similar symptoms to children who have been sexually abused.” I.B. repeatedly talked about the incident, was angry about the search, and told her mother she no longer wanted to go to school because she didn’t feel safe there. For I.B., her preschool—a place where children should feel safe and nurtured—became a place of humiliation and degradation.

I.B.’s reaction is not unique. Children who endure strip searches commonly display similar symptoms to sexual abuse victims. Certainly, these strip searches violate basic boundaries of privacy and bodily security that most children develop at a very young age. Psychologists have confirmed that these searches can cause trauma for children, often leading to symptoms such as “sleep disturbance, anxiety, recurrent and intrusive recollections of the event, and even suicidal attempts.”

The Parental Rights Foundation also filed an amicus brief on behalf of I.B. and her mother when the case was being heard by the Denver-based Tenth Circuit in April, 2018. That appeals court ruled against the family in a 2-1 decision; Doe has now appealed to the Supreme Court.

The brief points out inconsistent rulings by lower courts relative to this question. In a 1999 finding, the Ninth Circuit ruled that such strip searches violate a child’s constitutional rights, and that the right was clearly established at the time of the 1994 offense. Yet a 2002 ruling of the Fifth Circuit, which agreed a search was unconstitutional, nevertheless found it not yet clearly established.

By accepting and ruling on the current case, the Supreme Court can clearly establish this constitutional right for all children and parents.

The brief notes that too often strip searches are conducted revealing a child’s most intimate parts even if no abuse of that region has been alleged. Not surprisingly, such searches rarely lead to any discovery of child abuse.

The privacy rights of children and the right of parents to make decisions related to the care and upbringing of their child are already well established in case law. But that has not yet stopped this troubling practice from taking place.

For this reason, the Supreme Court must take action to halt “the nationwide problem of unconstitutional searches and seizures of children practiced on a regular basis during child welfare investigations.”

Please take a moment today to invest in this ongoing battle to rein in this indefensible practice. You can donate to the Parental Rights Foundation here.

Together we can keep other children from suffering the humiliation and trauma I.B. has endured, while empowering mothers like Jane to stand and protect them.