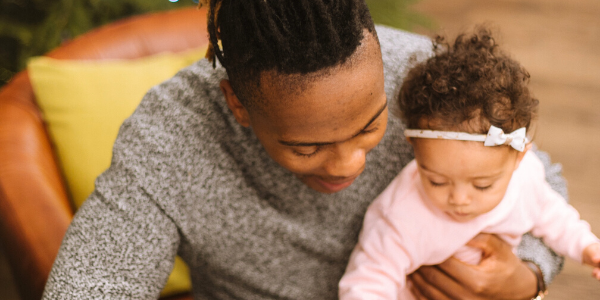 Joyce has a long history of trying to pin blame on right-wing evangelicals. She has previously attacked international adoptions and large families only if they’re Christians (not any other faith, or lack thereof). So, it is not particularly surprising that now that parents from across the political spectrum are speaking up, she’s ready to blame it all on her favorite scapegoat: right-wing evangelicals.

Except it’s false: Parents from across every racial, demographic, ethnic, and political background are fighting against bureaucrats over who will decide basic questions regarding the education, upbringing, and care of their children.

It’s not just right-wing evangelicals. It’s parents from across the political, religious (and nonreligious), and demographic spectrums.

For example, recent studies have shown that parents across race and income levels are deeply concerned about the impact of school closures on their children. And parents of minority children were some of the strongest advocates for reopening schools.

Look at the parents speaking out against graphic sexual materials available to kids who haven’t even reached puberty. It’s intellectually lazy (and untruthful) to say that only right-wing evangelicals have concerns with their young children reading sexualized books and materials.

Or take the issue of bad teachers who tell students not to tell their parents what is going on in the classroom. When parents objected to a D.C. public schools teacher who essentially reenacted Nazi Germany in her third-grade classroom, no one labeled these parents as right-wing zealots. They were good parents who were rightly disturbed by what had happened, and who see a system that doesn’t punish bad teachers.

Or look at the parents who are speaking out against critical race theory being taught in public (taxpayer funded) schools. Xi Van Fleet, an immigrant from Communist China whose son graduated from Loudoun County, Virginia, public schools, and who spoke out at a recent school board meeting, is invisible because she doesn’t fit the narrative. Keisha King, a black mom from Duval County, Florida, is likewise invisible. But their voices matter.

There is a passing reference in Joyce’s article to Republican Glenn Youngkin’s victory in the Virginia gubernatorial election. But what is not mentioned is that Virginia went 54.4% to 44.2% for Joe Biden in the 2020 presidential election. Then 364 days later, Virginia went 50.6% to 48.7% for Youngkin. The reason why Youngkin reversed a losing streak of statewide Republican candidates in Virginia since 2009 is because parental rights are bipartisan, cutting across race, religion, and other demographics.

But to Salon, if you love your children and care about parental rights, it doesn’t matter to her if you are a moderate, on the political left, or Jewish, Muslim, Buddhist, Hindu, or an atheist. They want to lump you into a single convenient scapegoat category, facts be darned.

Rather than thoughtfully addressing the concerns of parents, bureaucrats and busybodies and their enablers have decided to respond by making parents into the next bogeyman. They have responded to legitimate concerns parents have with a yawn and a dismissive “be quiet you right-wing evangelical.”

It’s dismissive, it’s paternalistic, it’s false, and it shows that opponents of parental rights don’t have any other response to the deep concerns raised by parents across the country. So, parents, hold your head up high. Keep fighting for your precious children. Those who oppose parental rights are losing, and parents are on the march.

Originally published by the Daily Signal.