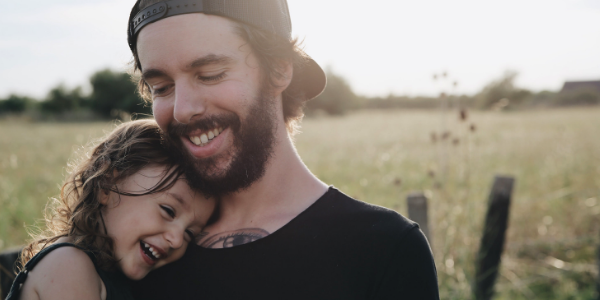 What better way to introduce important parental rights reforms than to propose them to all 50 states at once? This opportunity may sound unbelievable, but the Parental Rights Foundation has the chance to do exactly that.

The Parental Rights Foundation (PRF) is a member of the nonpartisan American Legislative Exchange Council (ALEC). As the “laboratories of democracy,” states implement laws and test out policies without affecting the rest of the nation; ALEC provides state legislators the unique opportunity to come together and discuss what has and hasn’t worked in their states. ALEC also gives outside, nonprofit organizations (like PRF) the chance to meet with these legislators and discuss current issues and potential reforms.

During each year’s annual meeting, legislators propose model bills that are then voted on by ALEC members. If passed, those policy ideas are then championed by ALEC and have a greater chance of being passed into law at the state level.

Normally focused on bills concerning free enterprise and fiscal restraint, ALEC has not previously taken up the issue of parental rights or child welfare. But now that’s changing, and thanks to your support and our years of experience dealing with these topics, the Parental Rights Foundation is poised to jumpstart the ALEC reform effort addressing these issues.

Most of the state-level policies surrounding Child Protective Services stem from a federal law known as the Child Abuse Prevention and Treatment Act, or “CAPTA.” For years, the Parental Fights Foundation has worked to get much-needed reforms included in CAPTA. However, in this day and age, getting Congress to act on anything is a monumental task—even when the issue is a nonpartisan one. But by taking the conversation directly to the states, these reforms may have a higher chance of implementation.

Although we could take our proposals to each state one by one, being a member of ALEC allows us to present our ideas to legislators all across the country at one time. At each of ALEC’s annual meetings, legislators and nonprofits give presentations on issues affecting their communities as well as proposed solutions to those problems.

At the next ALEC gathering, PRF will be on the presentation roster. While it’ll be tempting to discuss all the issues threatening parental rights today, we will be strategic and introduce the issues most likely to get broad support at ALEC: addressing the lack of due process protections for those wrongfully accused and replacing anonymous reporting with confidential reporting.

Currently, CAPTA encourages states to set up child abuse registries but requires no individual due process protections for those who don’t deserve to be on the list. No one wants to protect child abusers, but far too many innocent people are harmed by being unjustly listed on a registry.

A person does not have to be convicted or charged with a crime before being placed on a registry and, in many states, does not even have to be notified that they are now on such a list. A name can be added for years, or even for life, simply on the word of a child welfare investigator. And even though these listings can be appealed, it can take months (or years) for a name to be removed. Although the federal law does not require due process protections, states can—and should—put some protections into place.

The second reform we will introduce would put an end to oft-abused anonymous reporting. CAPTA requires states to have hotlines in place for the purposes of reporting child abuse, but it doesn’t specify how these hotlines, or the investigations that stem from them, should be run. To ensure that as many instances of child abuse are reported as possible, many states allow for anonymous reporting—callers can report “child abusers” without leaving any of their contact information with the hotline operator.

States should replace this faulty system of anonymous reporting with “confidential reporting.” This reform would allow the reporter to keep their identity a secret from the accused while providing it to the CPS agency.

Later this year, we will formally present this issue and our proposed solution at ALEC. Since ALEC is a membership organization, the Parental Rights Foundation has the opportunity to discuss these issues as a member of ALEC only because of your support. Thank you for partnering with us to strengthen and protect families!