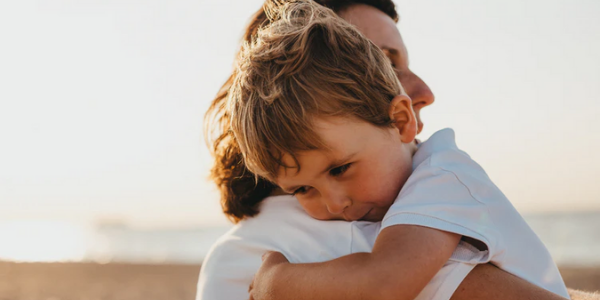 There has been a lot of talk about parents’ rights in the last few weeks.

In an article at NextCity.Org, Steven Volk writes about Kyeesha Lamb, whose child was taken away from her after falling out of bed and injuring her arm. An X-ray revealed what looked like maybe an old break in a leg, too, which would point to abuse. But when another X-ray two weeks later proved there was no old break and no sign of maltreatment, the Philadelphia Department of Human Services (DHS) still decided they would keep Kyeesha’s child.

In another article, Mother Jones talks about Stevie and Eric, a Baltimore couple who lost their children because of drug use. But even after getting help and getting clean, delays in the courts due to COVID have kept their children—one 2 years old and the other only 4 months at the time they were taken—away from any physical contact with their parents.

Finally, Investigate West ran a story featuring Karen Osborne, who has had all of her children taken away over concerns that she is “unfit to parent based on IQ tests.” That’s right. No abuse or neglect has been alleged at all. But because she has a disability, the decision was made (notably not by Karen or her family!) before the child was even born to take Karen’s latest baby at birth.

What do these three stories have in common?

Well, truth be told, they have a lot in common, most notably the intrusive overreach of zealous government officials to the detriment of nonabusive families. Then there’s the fact that the law allows this overreach (though, in Karen’s case, this bill in the Washington legislature is looking to change that in the near future).

But the facet they share in common that I want to look at is this: Their stories are being talked about. Their voices are being heard.

Even more, they are being listened to.

When I started in this work a dozen years ago, that was rarely the case. If someone’s story did get out, the automatic assumption was, “Well, they must have done something wrong. CPS doesn’t just take kids for no reason.”

And unless you had experienced it yourself, you would never guess how wrong that statement usually turned out to be.

But today we have changed that narrative. And by “we,” I don’t just mean the Parental Rights Foundation. I also credit our many coalition partners and other allies who, like you and me, raise their voices every day to say, “Look. Open your eyes. The system is broken and innocent families really are being harmed.”

“Let’s do something to fix this.”

Some have written books. Some have led rallies or passed laws. Many have come on our EPPiC Broadcast podcast and spoken on bigger podcasts than ours, too. In sum, all of us together have begun to move the conversation.

Four months into the legislative session, we are still trying to figure out the new Congress: who is passionate about our issues, who is open to our way of seeing things, and who can get the things done that need doing. And again, I mean that broader definition of “we,” the Foundation and all of our allies, working together.

But even while Congress doesn’t seem to be moving anything forward right now to fix the broken system, those conversations are happening. These stories are being run in news outlets all over the country—and all over the political spectrum.

Opinion pages are filling with talk of ways to bring real change to “the System.”

But as it turns out, this may be bigger news than any of that, anyway. People are talking. And what they’re saying—and what people are finally hearing—are the things we’ve been saying all along.

Change is coming. And your Parental Rights Foundation is proud and excited to be a part of bringing it on.

Thank you for standing with us as we continue to discuss, to strategize, and to plan. Thank you for empowering us as we move the conversation in the direction that will one day keep our families—keep our children—safe at home.

Posted in Updates and tagged #parentalrights, News
Share This