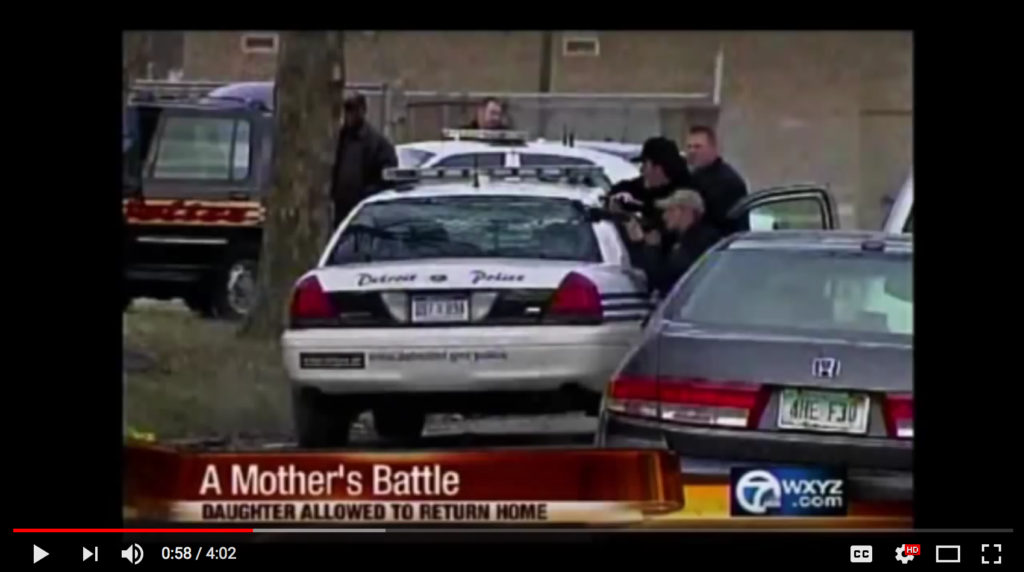 Detroit resident Maryann Godboldo was arrested in 2011 after a 10-hour standoff with police and CPS who claimed she was not giving her daughter proper medication. The state later discontinued the medication as well, returned the daughter, and dropped the charges – until the appeals court and prosecutors in 2013 opted to go after her again. It wasn’t until March of 2014 that those charges were finally dropped as well. Then, in January of 2016, the state appeals court “reversed a dismissal in the case against Maryanne Godboldo and has remanded the matter back to the district court.” (read more). Her case was finally resolved in January of 2017 when charges – which had been filed or appealed 5 separate times – were finally dropped. Sadly, they were dropped only because Godboldo suffered a massive aneurysm and is not expected to recover from her current comatose state.

Update: In 2015, New Mexico passed a law prohibiting a parent’s choice to withhold psychotropic medications from being used as the sole basis for removal of a child. This law should prevent situations like what happened to Maryann Godboldo (in Michigan) from happening to parents in New Mexico.