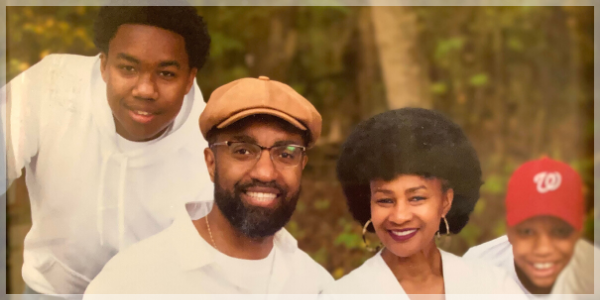 In a tremendous win for parents, the United States District Court for the District of Columbia on Friday issued a preliminary injunction against DC’s Minor Consent for Vaccinations Act Amendment of 2020 (MCVA). This is the latest decision in the Parental Rights Foundation’s case against this dangerous law.

Passed by the DC Council, the MCVA would allow any child aged 11 years or older to consent to vaccination without their parent’s knowledge or consent. What’s more, the law prohibits medical providers, school personnel, and even insurance companies from letting the parents know the child received a vaccine.

The Parental Rights Foundation, in cooperation with Children’s Health Defense, filed suit against the law in district court and filed for an injunction to halt the law until that lawsuit can be decided. The plaintiffs won the injunction relief on Friday.

On behalf of client Victor Booth and other parents, the Foundation argued (in part) that the law violates the right of parents to make medical decisions for their own children, and that it violates Mr. Booth’s freedom of religion by creating different rules against parents who have a religious exemption than against parents with a medical exemption for their child.

Rolf Hazlehurst with Children’s Health Defense served as co-counsel and argued the case because the judge had indicated his interest in whether the DC law had been preempted by the National Childhood Vaccine Injury Act, an area of law in which Hazlehurst is an expert.

“I learned about the National Childhood Vaccine Injury Act of 1986 the hard way when my son suffered a severe brain injury as a result of vaccine injury,” the attorney said. (Hazelhurst’s own personal case, Hazlehurst v. HHS, was at the center of the US Supreme Court case that interpreted the NCVIA to grant vaccine manufactures immunity from liability.)

“DC’s ordinance required doctors to deceive parents,” said Parental Rights Foundation Chairman Jim Mason, one of the lawyers in the case for Booth. “This decision says that’s not okay.”

The injunction halts the District of Columbia from carrying out the law until the lawsuit can be heard and concluded. To grant an injunction, the court had to find that the parents had standing and that they showed “a likelihood of success on the merits”—indicating that the court thinks there’s a decent chance the parents will win their case based on the arguments presented.

“The district court saw through the fiction that children as young as 11 were ‘mature’ enough to make their own medical decisions,” Mason added.

This is wonderful news not only because it halts the law, protecting countless children in DC from making uninformed medical decisions without the benefit of their parent’s knowledge, wisdom, and experience, but also because it demonstrates that, in the court’s judgment, the parents have at least a good chance of winning when the lawsuit is decided.

It is not a guarantee, but it is a very good sign.

One of the efforts Estrada alludes to is California’s Senate Bill 866, championed by Sens. Wiener and Pan, which would allow children as young as 12 to grant legally binding consent to vaccination without the benefit of parental guidance.

While the injunction is promising news, it is not the final court decision. That will come only after additional briefings and, likely, additional oral arguments. The final ruling could take months—which is one of the reasons for an injunction in the first place. (Without the injunction, DC children would still be in danger of harm without their parents’ knowledge and protection until the case is decided.)

“With the support of our faithful donors and other concerned parents across the country, we will meet the additional challenges that lie ahead in winning this lawsuit, and we will prepare to make similar stands in California or wherever else this threat to children arises,” Estrada declared.

Those wishing to support the effort may do so at parentalrightsfoundation.org/donate.